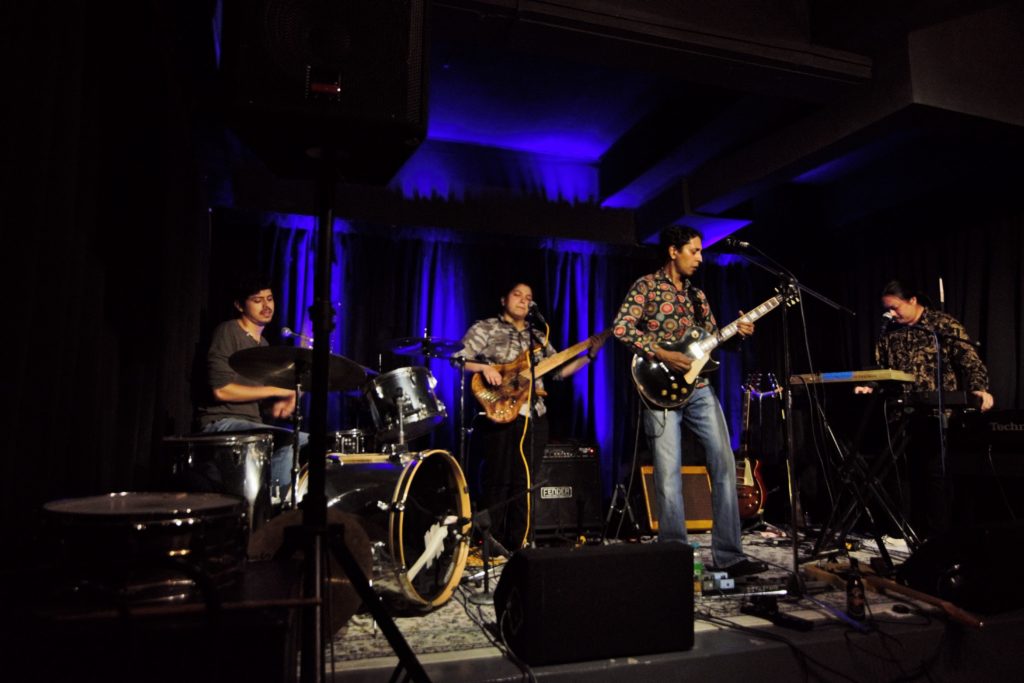 Like every other story of hopes and dreams, CATS IN LOVE began life as a rock band hell-bent on getting its brand of retro rock out to the world. And like every other fable of lofty ambitions, nothing ever quite works out as planned. While the band’s personnel eased through a revolving door over the years, the seats that were finally filled included that of LOHAN (guitars, vocals), JAIME (bass) and RASHAAD (drums). The band is sometimes augmented by WONG on keyboards.

CATS IN LOVE is under no grand illusion that life is going to be easy plying a route less-travelled, but the band’s guiding light has always been the music, and that’s exactly what these five musicians live (and die) for. And customary with rock music from the golden era of the genre – 60s and 70s – CATS IN LOVE throws in smatterings of all things that have come to define classic rock music, so there’ll be equal amounts of rock, blues, prog, funk, pop, country and jazz (ok, we exaggerate =P ).

The band is on the cusp of releasing its debut album, No Paws For Regret, which, if all goes to plan, will see the light of day sooner rather than later. Till then though, CIL will see you under the glare of stage lights at a joint near you.